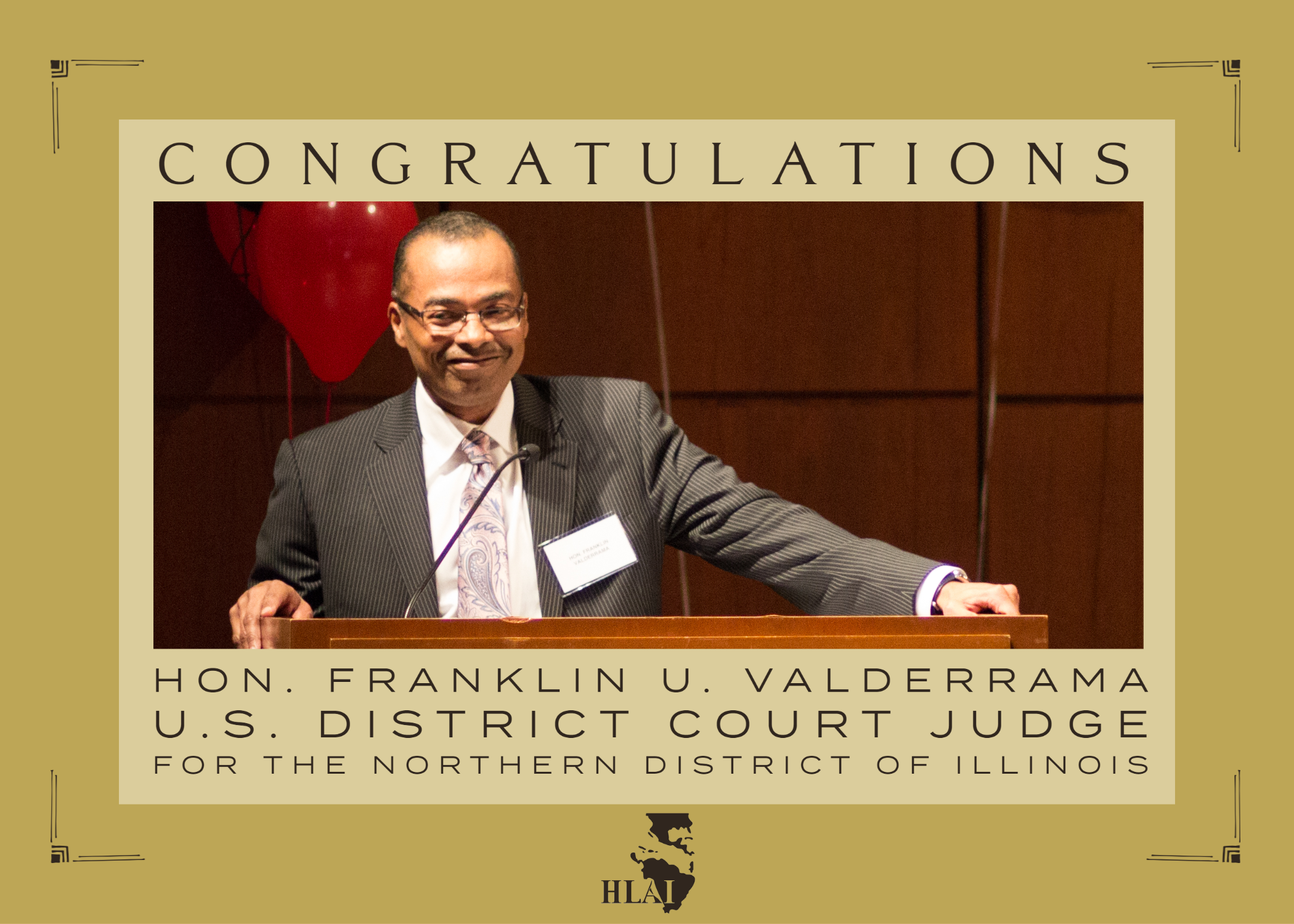 The Hispanic Lawyers Association of Illinois wishes to congratulate the Hon. Franklin U. Valderrama on his historic confirmation to serve as a United States District Court Judge for the Northern District of Illinois. Judge Valderrama’s nomination was sent to the Senate on February 12, 2020, and he was confirmed on September 17, 2020. Judge Valderrama will fill the seat vacated by former Judge Rubén Castillo and will become only the fourth Latino to serve as Article III judge in the Northern District of Illinois and the first Panamanian-American to serve as an Article III judge in the country.

Prior to his confirmation, Judge Valderrama served as a judge in the Chancery Division of the Circuit Court of Cook County for 13 years. Before joining the bench in 2007, Judge Valderrama was a partner at Sanchez, Daniels & Hoffman, LLP, the largest minority-owned law firm in Chicago, where he excelled as a trial attorney.

Judge Valderrama is an active and valued member of HLAI. We are proud of his historic achievement and congratulate Judge Valderrama, his wife Pamela, and their three children. We look forward to his many years of service on the bench.