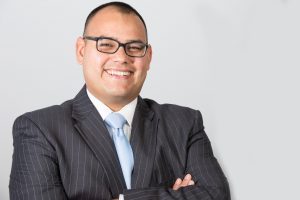 MAR 07, 2016 With the Illinois March 15 primary election around the corner, The Latino Policy Forum launched a blog series to guide you in making an informed vote.
This first question is what judicial positions are on the ballot this year? This year there are no open seats at Illinois’s highest court level, the Supreme Court. There are open seats in the other levels within our court system.

As Election Day looms and early voting is well underway here in Chicago and Cook County there are many candidates making the rounds in our communities seeking our support during this election season. Many voters are familiar with some of the offices up for election this cycle like President of the United States, State Senate and Representative, and Cook County State’s Attorney. However, all too often folks are surprised to find out that judges in Illinois are also elected by the voters.

If you are not a lawyer and not familiar with anyone running for judge, then casting a vote for a judicial candidate can seem like a daunting task. Fortunately, there are resources available to educate voters on the qualifications of judicial candidates. I hope this post can help you to know the differences between the types of judicial positions that are on the ballot and the qualifications of the people running for those open seats on the bench.

· There are several open seats on the circuit court which many people refer to as the trial court level. This is the level of court everyday folks have the most interaction with. These judges are usually the first step in the judicial process.

You may be asking yourself, “Why create sub-circuits if they have the same power as those elected county-wide”? Sub-Circuits were created by the Illinois General Assembly in the 1990s. Proponents of the system argued that by creating sub-circuits you could increase the diversity of judges sitting on the bench. Candidates running for sub-circuit seats must live in the community or sub-circuit they are running in. Legislators believed this requirement would increase the likelihood that judicial candidates would better reflect the various communities of Cook County.

Now that we know the difference between the open seats on the ballot in this coming election, the next question is how do we know who to vote for? One way to get information on judicial candidates is to use the evaluations conducted by the Chicago Bar Association (CBA) and the Alliance of Bar Associations for Judicial Screening (Alliance). A bar association is an organization whose membership consists of largely lawyers and judges. They exist to promote legal education to cover new developments in the law, foster social interaction amongst it’s’ members and provide the public with an understanding of the functions and importance of our legal system. The CBA’s members largely come from Cook County and it is one of the oldest bar association in the United States. The bar groups that together comprise the Alliance include the:

Not all judicial candidates seek a rating from the CBA or Alliance when running for a position on the bench. Those candidates will be listed as “not recommended” for that reason. Most if not all of those candidates listed as “not recommended” have campaign websites that voters can review to see what their qualifications are. The Alliance in their report on judicial evaluations gives an excellent breakdown on how to interpret their ratings:

“A good lawyer may be unqualified to be a judge, for instance, because of a narrow range of prior experience, limited trial experience, or limited work doing legal research and writing. A lawyer may have the temperament and intelligence to be a judge without yet having worked in a position that would allow the candidate to demonstrate that capacity. Similarly, a candidate may have an outstanding resume but lack the temperament or patience to perform well as an even-handed or respectful judge. Accordingly, it should be recognized and expected that we will rate some good lawyers “not qualified.””

Judicial candidates who are rated as “highly qualified” or “qualified” are considered to have demonstrated the ability to perform the work required of a judge.

It is important to note that the CBA and Alliance do not endorse candidates. The CBA and Alliance evaluations are important because they give voters some insight on the qualifications of judicial candidates. No one ever imagines that they will need an attorney but situations arise everyday, which make it necessary, and those attorneys may represent you before the judges on the March 15th ballot. That’s why it’s crucial to educate yourself and others on judicial candidates so that we can elect judges who can maintain the integrity and independence of the court system. The decisions made by judges affect our lives in many different ways. The rule of law is the very foundation of our democracy, and that is why it’s important to vote for qualified people to be judges.

Best of luck to all the candidates and happy voting!