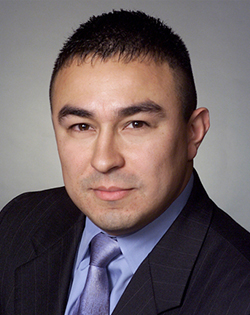 HLAI is proud of the work of its members, like Ernesto, particularly during this month. Please read his personal statement below.

What service to the Latino community impassions you?

Beginning on the day he announced his candidacy for President, the current occupant of the White House branded Latino immigrants as “rapists” and “drug dealers” and a drain on public resources. During a presidential debate, the candidate told the entire country that “[w]e have some bad hombres here, and we’re ‎going to get them out.”‎ He referred to Latino immigrants as an “infestation” and advocated that undocumented immigrants should be deported immediately without any due process. As President, he adopted a hardline stance on immigration and literally ripped immigrant children away from their parents in order to discourage immigration from Mexico and other Latin ‎American countries.‎ These sentiments have incited horrific violence against the Latino community.

Based in large part on the Administration’s complete disregard for the humanity of our community, I decided to volunteer my services towards defeating the controversial “citizenship question” from appearing on the 2020 U.S. Census. The Census Bureau itself concluded that the citizenship question may be a determining factor for millions of Latinos in deciding whether to participate in the 2020 Census. The inevitable undercounting of Latinos would cause Latino communities to lose federal funding in critical areas such as education, healthcare, and other social services. It would cause a dilution of political power in the Latino community and may actually prevent non-English-speaking Latino citizens from exercising their right to vote. Finally, it would reduce capital investments in the Latino community and hinder emergency responders from adequately preparing to deal with natural disasters in Latino communities. I lead a team of Locke Lord LLP attorneys in drafting an Amicus Curiae brief filed on behalf of LatinoJustice PRLDEF and 15 other Latino organizations in the United States Supreme Court case Department of Commerce v. New York. On June 27, 2019, the Supreme Court blocked the citizenship question from the 2020 Census. This was most rewarding experience of my legal career, and I encourage all HLAI members to take on causes that protect the rights of the Latino community.